Informed Patriotism Is What We Want 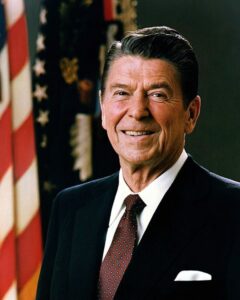 President Ronald Reagan was a Patriot. He loved America. And he knew he was serving "We the People."  He was also very aware of the fact that our freedom is very precious and delicate.

When he was being being inaugurated for his first term as the Governor of California in 1967, Reagan said, “Freedom is a fragile thing and is never more than one generation away from extinction.  It is not ours by inheritance; it must be fought for and defended constantly by each generation, for it comes only once to a people.  Those who have known freedom and then lost it have never known it again.”

A little over two decades later, during his Farewell Address in 1989, President Reagan spoke about an Informed Patriotism.

He said, "An informed patriotism is what we want.  And are we doing a good enough job teaching our children what America is and what she represents in the long history of the world?  Those of us who are over 35 or so years of age grew up in a different America.  We were taught, very directly, what it means to be an American.  And we absorbed, almost in the air, a love of country and an appreciation of its institutions."

A little later in that talk he said, "We've got to do a better job of getting across that America is freedom - freedom of speech, freedom of religion, freedom of enterprise - and freedom is special and rare.  It's fragile; it needs protection."

Fast forward from 1989 to 2018, a mere 29 years, and it seems that our nation's children, the Millennials, have grown up in not just a different America, but an incredibly changed one.  One that does not seem to honor or respect our precious United States Constitution and what it really means to be an American. 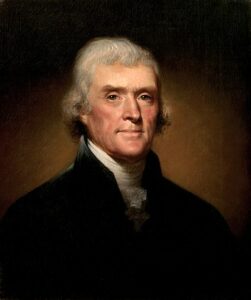 What President Reagan was re-iterating, and warning us about, in those two quotes were voiced by our Founding Fathers.  As Thomas Jefferson said, “Educate and inform the whole mass of people… They are the only sure reliance for the preservation of our liberty.”   John Adams said, "Liberty cannot be preserved without general knowledge among the people."

Education. Information. Knowledge. These help preserve our Liberty and our Freedom.

What will it take to achieve Reagan's ideal of an "Informed Patriotism"?

The answer: educating all Americans about our Constitution, what it means, how it protects us and how truly unique we are as a country.

All of this is presented in a family-friendly, highly educational and entertaining, award-winning feature film, In Search of Liberty.  Our movie was produced with the purpose to get the U.S. Constitution into the hearts and minds of all Americans.  It is the perfect starting point for virtually anyone to learn the basics of not just our Constitution, but also, how it came about, the freedom and liberty it provides, what is currently happening to it and what we must do to save it.

Elise Cooper of American Thinker said, "In Search Of Liberty takes viewers on a journey as they 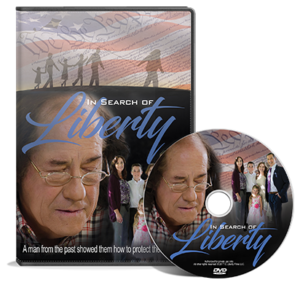 rediscover or learn the importance of the most important document to the United States that embodies our values."  Zachary Leeman of Laura Ingraham's LifeZette/PopZette, adds, "It's not often a film comes around that gives viewers a positive look at the Constitution — but now may be the perfect time for this."  John Moore, Republic Broadcasting Network, sums it up by stating, "I believe every home in America should have a copy of this movie."

Many people who have watched and reviewed In Search of Liberty say that it has motivated they and their kids to actually read and learn more about our Constitution.  John C. said, "Best explanation of what the constitution says about how the founding fathers intended for this republic. Must see!!!" Cynthia G. wrote, "Loved the video. It was easy to understand and it spurred us on to want to learn more. Loved it!"

Michelle V. added, "I think this should be in every school!  Every one that I have given a copy to has loved it!!!"  Raymond W. said, "Great Movie!  Awesome way to illustrate core principles of our US Constitution and how they are being threatened today.  The whole family should watch." 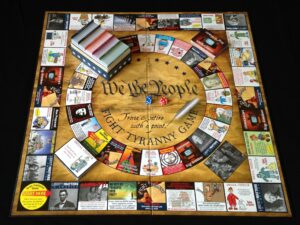 Once the family is hooked on learning more about our history and what it means to be free as Americans through the movie, there are other learning tools easily available, such as the Constitution board games (great for the whole family) and Constitutional Boot Camps (for high school and above) offered by Building Blocks for Liberty.

Take a stand for America and our freedom!

Encourage all of your family and friends to know and protect their rights, to study the United States Constitution and to help achieve President Reagan's vision of an "Informed Patriotism," and, thus, a Land of the Free that stays free.