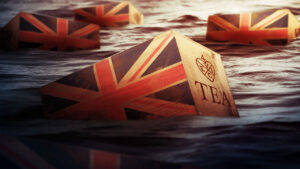 Our Founding Fathers fled to America to live freely, worship freely and to trade freely.

England had levied taxes and the Colonists, in response to the Tea Act of May 10, 1773, finally rebelled. The Sons of Liberty staged the Boston Tea Party, on the night of December 16, 1773, as a protest of their rights being violated, citing "No taxation without representation."

While no one was injured during the now-historic event, and only one Patriot was ever arrested for participating, the British responded with the "Intolerable Acts," known in the Colonies as the Coercive Acts, which outraged the Colonists even more against what they felt was oppressive British rule.

The Colonists knew there was great risk challenging the tyrannical king and his world empire without all of the states on board.

With a strong belief that God was on their side, the states ultimately united, adopted and signed the Declaration of Independence in 1776 and fought a bloody war, that had started a year earlier, until they eventually won in 1783.

For nearly two hundred fifty years, America has kept that independence and will keep it into the known future, but not without a fight.

Our Republic was designed for BIG ideological differences.

It was founded that way. 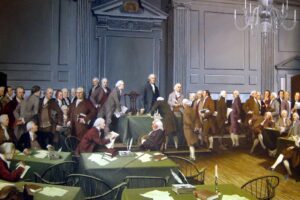 Witness the often contentious, heated debates between the Federalists and Anti-Federalists during the adoption, and ratification process, of our US Constitution, resulting in our Bill of Rights.

So what now is muddying the political waters?

In an earlier, more gracious, age we could disagree and even fight a duel while still calling the opponent, “Sir.” It was respect, simple respect, not just for the opponent, but also for the country, for the flag, and for the process.

It is respect that greases the process.

And respect seems all but lost.

Congressman John Lewis and dozens of others boycotted President Trump's Inauguration. Members of the Senate made a mockery of Brett Kavanugh's Supreme Court Justice nomination hearing. Speaker of the House Nancy Pelosi tore up a State of the Union address on national TV. Political predator-sharks attacked the Attorney General in Congress.

It has now transitioned into the streets of America as Antifa and other radical leftist groups riot, loot and burn American cities while Democratic-led state and city officials allow what they term "peaceful protests" to continue.

The upcoming election on November 3, 2020, is, in reality, no longer Democrat vs, Republican: it is the Global Elites and the Deep State vs. President Trump and millions of Patriots. 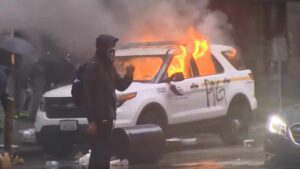 The insurgency in Seattle, Portland, New York, Minneapolis and many other cities is well funded and well organized. The leaders of the Black Lives Matter movement have boasted that they are trained Marxists, an ideology that is in conflict with our Republican form of government. Investment banker George Soros has contributed more than $20 million to help their destructive cause.

In 2020 we have a political confrontation like no other time in our history, save the Civil War.

President Donald J. Trump has been a thorn in the side of the political elite and the Deep State, uncovering corruption, graft and other illegal activities that have been going on for decades.

Can he Drain the Swamp, as he claims?

Could he possibly sink the Deep State? 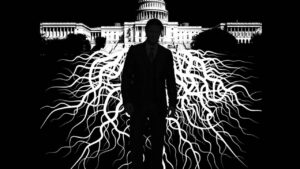 And, yes, the Deep State does exist. It is a network of civil servants, military, intelligence, and other administrative agencies within the government who are actually pursuing their own agenda, despite what the populace or citizens intend or want.

Trump supports We the People.

The choice seems clear. Freedom vs Tyranny, exactly what our Founders warned us about so long ago.

As Thomas Jefferson, principal author of our Declaration of Independence and third president, wrote, "The time to guard against corruption and tyranny, is before they shall have gotten hold on us."

That time is definitely now.

This is America. The Land of the Free. The Home of the Brave.

Do not let anyone, especially the government, take away your rights. They are unalienable. 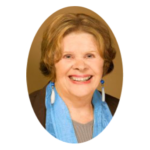 by Lynn Verhoeff
Writer and Patriot