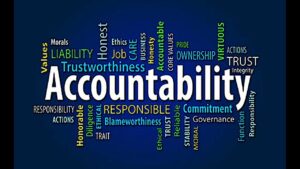 Prior to passage of the Congressional Accountability Act of 1995 (CAA), agencies in the legislative branch of our United States government had been exempt from all civil rights, labor, and workplace safety and health laws.

Meaning, of course, those workplace laws did not apply to them.  (Imagine that.)

This Act was the first piece of legislation that was passed by the 104th Congress, almost unanimously, by votes of 390-0 in the House and 98-1 in the Senate.

The problem with the CAA is that there is absolutely zero accountability.  Despite the name.

Instead, those in Congress who are, or have been, accused of any workplace violations or abuses (including sexual) are able, and have been able, to have their alleged transgression(s) go away quietly, secretly, using taxpayer money to pay off whomever they may have wronged.  None of this information is ever made public.

Through 2017, there had been in excess of 260 cases settled in this manner, using over $17,000,000 of We the People's money so that their alleged crimes would not be exposed.

Meanwhile, they continue to "represent" us, draw a nearly $200,000 annual salary, and will be (or have been) allowed to retire with ample cushy benefits.

But, it gets better (or worse): Continuing to hold themselves above the law, when an accuser decides to file a complaint against someone in Congress he or she (the accuser) is first required to go through a 90-day dispute resolution process as well as having to get counseling.

The accuser, the possible victim, is forced to get counseling.

How insane is that?  The accuser must get counseling, not the alleged perpetrator.

And, if ALL steps are not done properly, the person who professes that they have been wronged may jeopardize any possible claims they may have. 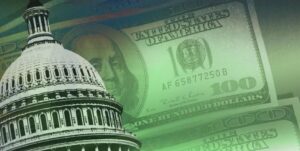 Makes one wonder, how many workplace abuse claims, other than the 260+ ones paid through 2017, have there actually been?

As Thomas Jefferson, the principal author of our Declaration of Independence said, “The whole art of government consists in the art of being honest.”

There is no honesty in legislation protecting elected public servants from their workplace abuses and crimes.  Far from it.  Building in a system to protect each other easily shows the system has become corrupt.

Regardless of what the CAA might state, if someone in Congress is paid a hefty salary and benefits by We the Taxpayer and then uses taxpayer money to cover up a possible crime, that should be public knowledge.

However, the over-riding question is why on Earth do those in Congress think they can use our money to cover up their alleged crimes and misdeeds?  Who do they think they are?  Their arrogance is simply mind-blowing.