ARE we on a collision course with our constitution or not?

What do I mean by that – Constitutional Destruction.

I misspoke when I said if in the above paragraph because evidence shows many of us already have allowed and have become complacent. 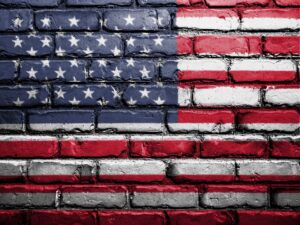 History warns us and has many times on what happens to those who allow, become complacent and reasonable towards evil. Yes, evil is the appropriate word for when you intentionally have the plan to destroy a constitution like the one the founding fathers created which brought this nation to greatness, destroying it is evil. Why is it evil? Simple, the intent behind the destruction is not for goodness and the well-being of its citizens, but rather to control and enslave. It’s an evil power trip.

So I repeat, are we on a collision course where the end is a constitution you would not recognize or no constitution at all.

Open and porous boarders - Steven A. Camarota, research director at the center and the author of the study, said 1.5 million to 1.7 million illegal immigrants arrived from 2009 through 2013, and he calculates, based on Census Bureau data, that an additional 790,000 came between the middle of 2013 and May of this year. 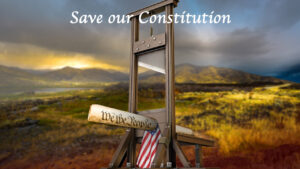 2014 – New York City/Berkeley, California – After prosecutors and a grand jury refused to indict a police officer in the death of Eric Garner, many people protested against it in New York City and other cities, some of them causing unrest. In New York, several people were arrested for assault on a police officer, and in Berkeley, multiple people were arrested for looting and vandalizing.

Leadership Despotism – “ We are not just going to wait for legislation in order to make sure that we are providing Americans with the kind of help that they need. I got a pen and I got a phone and I can use that pen to sign executive orders and take executive actions, administrative actions that move the ball forward” President Obama.

The Federal Reserve (The Fed is privately owned. Its shareholders are private banks)

Governments in the past and present have given bankers (Federal Reserve) the authority and control of our economy and economies of the world.

How has that turned out for us – a national debt of nearly 19 trillion dollars.

So what does our future look like if our constitution is destroyed?

Easy seizure of anyone and properties

An open door to torture or kill.

Eradication of all churches

Depriving this country of future excellent and effective leaders by socialistic/Marxist indoctrination in our educational system along with dope addiction in our schools.

And most importantly a loss of our Bill Of Rights – Our first 10 amendments.