Or Was He Trying To Spread Fear?

When former president Bill Clinton recently addressed attendees at an event held at the Brookings Institute in Washington DC, he, basically, warned the U.S., Britain, France and others that several countries are “trying to have a pan-national movement to institutionalize separatism and division within national borders all over the world.” 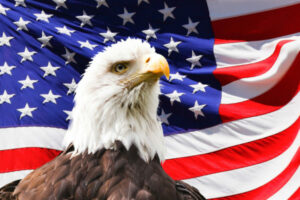 Perhaps in other countries that may be true. However, in the US, it is not "We the people" practicing nationalism, it is Patriotism, which means “devoted love, support, and defense of one's country.”  Patriots will defend to their death the safety and defense of their country, just as our Founding Fathers did.

Thus, he may have confused nationalism with patriotism, at least as far as the United States is concerned. Then again, he might have been trying to spread fear.  He also said, “It always comes down to two things – are we going to live in an us and them world, or a world that we live in together?  If you got that, in every age and time, the challenges we face can be resolved in a way to keep us going forward instead of taking us to the edge of destruction.”

Simply because Patriots want to live in a safe country does not mean that they cannot live in peace with other countries.  And, being a Patriot does not mean that international challenges cannot be resolved to keep the world moving forward.