The 2nd Amendment to the Constitution, the second item addressed in OUR Bill of Rights, states:  "A well regulated Militia, being necessary to the security of a free State, the right of the people to keep and bear Arms, shall not be infringed."

In this short video, Republican Presidential candidate Donald J. Trump is very clear and quite precise on his stand regarding Americans and their right to own guns.

He is in good company.  There was, and there still are, very good reasons for citizens to bear arms.

Our Founding Fathers wrote the 2nd because they knew that an armed populace would not (easily) fall to tyrannical leaders.

Founding Fathers Patrick Henry and George Mason of Virginia both lobbied and fought for a bill of rights, as the Constitution gave too much power to the centralized government.  They battled long and hard to convince their fellow Patriots to arm the people with Rights, Rights which would help define freedom and liberty as never before.

Regarding arms, Mason said,  "To disarm the people...[i]s the most effectual way to enslave them."

Henry, ever the orator, said,  "Guard with jealous attention the public liberty.  Suspect everyone who approaches that jewel.  Unfortunately, nothing will preserve it but downright force.  Whenever you give up that force, you are ruined.... The great object is that every man be armed.  Everyone who is able might have a gun."

Meanwhile, Alexander Hamilton said, "The best we can help for concerning the people at large is that they be properly armed."

And Thomas Jefferson stated, "What country can preserve its liberties if their rulers are not warned from time to time that their people preserve the spirit of resistance. Let them take arms."

Perhaps our first President, George Washington, said it best, "Firearms stand next in importance to the constitution itself. They are the American people's liberty teeth and keystone under independence."

Let us not dwell on the fact that the U.S. Constitution and its Bill of Rights are over 240 years old.  Let us, instead, marvel at the foresight our Founding Fathers had in preparing foundational writings that can stand, and have stood, the test of time when they are followed by a moral and ethical people. 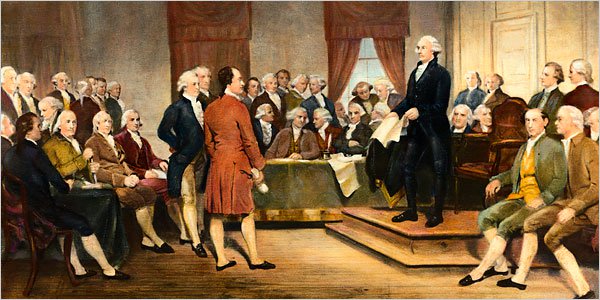