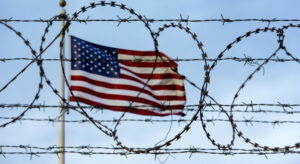 President Trump correctly issued orders to halt the influx of illegal immigrants who have been coming to the US from South and Central America.

However, a possibly illiterate judge from the Northern District of California says otherwise.

Federal District Judge Jon Tigar blocked the presidential order insisting that illegal immigrants have a legal and legitimate pathway to demand asylum. He even stated they can demand this even if they have no real claim.

We, as a country, do not have to grant asylum to anyone. And, it certainly is not a “claim” some illegal can issue to our government, essentially demanding that we take them in. 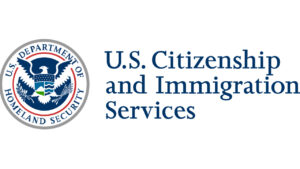 The US Citizenship and Immigration Services (CIS) website states, “Refugee status or asylum may be granted to people who have been persecuted or fear they will be persecuted on account of race, religion, nationality, and/or membership in a particular social group or political opinion.”

These trespassers have not been persecuted. They have traveled here to claim one thing…free welfare, courtesy of idiotic politicians who feel they have the “right” to give away hard-earned taxpayer money to illegal immigrants.

When seeking asylum here in the US there is protection available when three conditions are met:

1. Meet the definition of refugee
2. Are already in the United States
3. Are seeking admission at a port of entry

Hey, Tigar, did you have someone meet each and every one of them to determine if they meet the definition of refugee? Oh, that’s right, you ruled they do not even have to have a real claim. 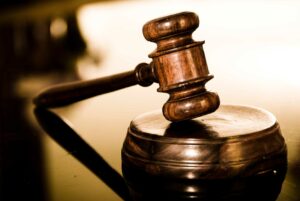 It is truly interesting that, as with the 14th Amendment and “birthright citizenship,” there are people who decide not to follow ALL of the words to determine if something is legal or not.

Or, perhaps they are just illiterate and do not know what all of the words mean.

No one, especially the judge, knows if any of these people meet the definition of refugee. They certainly are not coming in at a port of entry. So, the judge, essentially, makes his decision on #2, they are here in the US.

This judge is attempting, with a faulty and idiotic decision from his bench, to rewrite our laws, which is what he accused President Trump of doing with his order to stop the illegals.

Tigar is trying to make it perfectly legal to enter our country illegally.

He should be removed. Without benefits.