Founding Fathers on Liberty and Freedom

To hear our Founding Fathers speak of liberty and freedom you might believe that they had some knowledge and experience with the subject matter.  They spoke and wrote openly of their concerns about what it would take to keep liberty strong, how liberty could be taken away, how freedoms could be lost.  What these Patriots voiced over 240 years ago is just as valid today as it may have been back in the 18th & 19th centuries, if not more so.

A simple definition of the word liberty is "the state or condition of people who are able to act and speak freely."  It includes freedom from restraint or control from almost anything, other than illegal or harmful activities.  When one looks around today, we do see our freedoms being lessened, while our government has morphed into an uncontrollable behemoth where the political elitists do as they please and damned be the people. 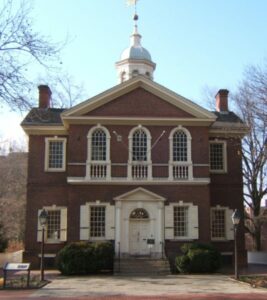 Please take a few minutes to read a sampling of our ancestors had to say.  Several are speaking to us as if they were alive today.

They who can give up essential liberty to obtain a little temporary safety deserve neither liberty nor safety.
Benjamin Franklin

We have all one common cause; let it, therefore, be our only contest, who shall most contribute to the security of the liberties of America.
John Hancock

The Constitution preserves the advantage of being armed which Americans possess over the people of almost every other nation where the governments are afraid to trust the people with arms.
James Madison

If the freedom of speech is taken away then dumb and silent we may be led, like sheep to the slaughter.
George Washington

Our liberty can never be safe but in the hands of the people themselves.
Thomas Jefferson

The liberties of our country, the freedom of our civil constitution, are worth defending against all hazards: And it is our duty to defend them against all attacks.
Samuel Adams

Liberty cannot be preserved without general knowledge among the people.
John Adams

There is a certain enthusiasm in liberty that makes human nature rise above itself in acts of bravery and heroism.
Alexander Hamilton

Is life so dear, or peace so sweet, as to be purchased at the price of chains and slavery? Forbid it, Almighty God! I know not what course others may take; but as for me, give me liberty or give me death!
Patrick Henry

To learn more about freedom, liberty, our Constitution and our Founding Fathers, please watch “In Search of Liberty” – an unforgettable, family-friendly educational and entertaining movie about the American adventure!