Let me ask you a question: What if you had to get a vaccine shot?  What if you had no choice in the matter?  What if right now you were required, by law, to get a needle stuck into your arm?  Even if you knew that it only contained water and the needle was completely clean, you would still be bothered, right?  You would want to have a choice.

And I’m sure you would want to have a say when it comes to your children. 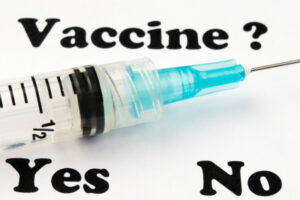 But if you’re a California citizen, you might not have that much longer.  As of the 9th of June, a bill passed through the State Health Committee on to the full Assembly, which would require all school-aged children to be vaccinated for up to ten diseases before they can attend school.  It goes so far as to prevent any kid from enrolling in public, or even private, schools without the mandatory shots.

This is of course, shocker, incredibly unconstitutional.  The very first amendment to the U.S. Constitution states that: “Congress shall make no law respecting an establishment of religion, or prohibiting the free exercise thereof….”  This includes a person’s right to personal belief exemptions.  Additionally, it also breaks the fourteenth amendment that states: “…nor shall any state deprive any person of life, liberty, or property….”which I’m fairly certain includes barring what amounts to forced injections.

So, no matter where you may stand on the vaccine controversy, I think it’s within everyone’s best interests to refuse a law that removes the freedom of medical choice -- because that is a truly slippery slope.

-To our freedom and liberty,
Norm Novitsky and the In Search of Liberty Team