Judge Jeanine Pirro Fights for We The People 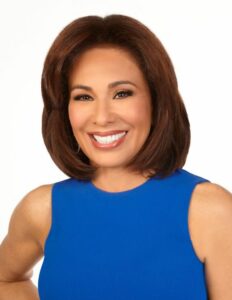 In a recent Fox News "Opening Statement," Judge Jeanine Pirro leads off with this:  "They are changing the rules before your very eyes.  This is bigger than a travel ban, bigger than a debate question.  The left is changing black letter law and journalistic standards and the constitution in order to satisfy their agenda.  They are simply intolerant of opinions that differ from theirs."

From there she pointed out how, at UC Berkeley, they shut down the First Amendment right an invited speaker, and, in a separate action, others donned black robes and burned the US Constitution in defiance of President Trump exercising his powers to keep America safe.

She then went after Judge Watson in Hawaii whose political motivation, and nothing else, was used to issue an order halting the second, amended temporary travel ban.  He claimed the ban would harm tourism in his state.  She goes on to say that his decision of applying our religious rights granted in the First Amendment to those in Somalia who are not citizens and do not hold visas or green cards is "outright lunacy."

There are myriad ways that those on the left attempt to strip away our rights and freedoms and we all must be vigilant to these actions.  She tells us all to "stay the course."

At IC Liberty Films LLC, we are doing our part.  We are preparing to market and distribute our feature-length movie, In Search of Liberty, designed to educate all Americans about the US Constitution and Bill of Rights in a highly entertaining manner.  For only when we know our rights are we then able to understand when others attempt to lessen them or take them away.

When asked to comment about the U.S. Constitution and Bill of Rights to IC Liberty Films, Judge Jeanine said, "These are invaluable because they define our freedoms and separate Americans from those in other countries where they are subjects and not drivers of the government."  She also feels that the U.S. Constitution is in jeopardy and that it is up to the Supreme Court to keep the rights defined by our Founding Fathers intact.