Liberty and the Amazing Story of Iceland

Why is the press not covering this story?

What the banking sector doesn’t want to be known, is that there has been an economic recovery in Iceland BUT ONLY after they let their banks fail and prosecuted their more corrupt bankers

Before the crash of 2008, Iceland was one of the richest little countries in the world. In 2003, where before they had relied on fishing and tourism, they decided to privatize their banks and the little country became the latest “haven” for investing money, like the Cayman Islands. These Icelandic banks were able to attract online foreign investors (especially from England and Holland) because of few regulations and minimal costs. These accounts were called Icesave and soon they became the in-thing. 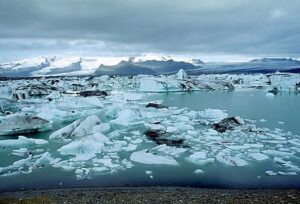 Unfortunately, as more and more money flowed into the banks, those running the banks began to use this money to play the world markets. More money was racked up in debt than the money coming into the country. There was little oversight or control put in by Congress. It went sour in 2008 during the global financial crash and the top three banks went belly up. Please note: the money being used to play the markets was investor money and/or deposits that should have been held in trust by the banks.

The European shark-debtors moved in, demanding payment of three and a half million Euros, (each Icelander was to pay 100 euros a month for fifteen years at 5.5% interest). Riots and protests seemed just around the corner.

What happened next was extraordinary! 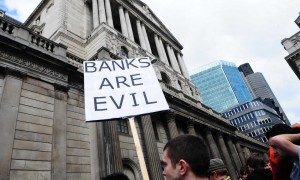 Their president (Olafur Ragnar Grimsson) differentiated between the banks and the nation; he challenged the fondly held banking belief that an entire nation should be taxed to pay off the private debts of a corrupt and failing banking institution. He argued that the problem was not just an "economic and financial challenge", but a "profound social, political, and even judicial" problem. Of course, things needed to be straightened out, but most of all, it was the banks needed the correction. He began to tackle the problems one at a time. (This went against "the prevailing economic orthodoxies of the American, European and IMF model) He began to handle the situation by first taking the decision to the people in a referendum; 93% of the people chose not to assume the bank's debt.  In fact, they voted three times, same result. (Handling it thus was a clever move as Iceland has a democratic rule that goes back to the Vikings. (930)

The IMF froze all Icelandic loans but Iceland held firm. It was a stressful time while the country unraveled their banking mess.

When the U.K. and Holland demanded money of the citizenry for English and Dutch Icesave accounts, again the people of Iceland held firm.  It was the bankrupt banks held this debt and not the country or its people. Their refusal sparked a major international incident. Iceland was threatened with international anti-terrorism legislation. Yet through all of this, they held firm.  Finally, the IMF came round and gave them a loan.

The new government launched a full civil and penal investigation into those responsible for the prior financial crisis of 2008. They are still going ahead in Iceland to indict 90 banker/investors for fraud. All three former chief executives of Iceland’s three big banks are facing criminal charges. Two ex- CEOs have been incarcerated.

It didn’t end there. The government went ahead and drafted a new constitution, a constitution that would free its people from the exaggerated power of international finance and virtual money and an unbacked currency. This was a real exercise in democracy while the nation participated fully in the drafting of the new constitution via social media where comments and suggestions were encouraged. All men of good will in Iceland came together in a POWER OF ONE and with this working unity; they have prevailed and overcome the attack on their sovereignty, and resolved their economy.

Their president Olafur says, "I have never understood the argument — why a private bank or financial fund is somehow better for the well-being and future of the economy than the industrial sector, the IT sector, the creative sector, or the manufacturing sector". He blamed the huge growth of Iceland's banking sector on the prevailing European banking philosophy and incompetent rating agencies.

Now freed from the finance industry, Iceland relies not only on its cleaned up banking, but even more on its creative and intellectual capital, and its unique geographical situation.

It all seems to be working. They have paid off their IMF loans ahead of time.

Unemployment is down.  GDP is up and inflation has been brought under control.  The country is calm and happy.

Olafur says, "Europe is and should be more about democracy than about financial markets. Based with this choice, it was in the end, clear that I had to choose democracy."

Could we adopt the Icelandic solution in America, putting our Republic ahead of banking clout? Would this not go a long way to help Make America Great Again?

About the Author: Lynn Verhoeff (Grandma Thunder) has been writing for twenty years. She has published two books, “Politics IOU” and “Magic Money,” both on Kindle.

At In Search of Liberty, our goal is to restore the Constitution in the hearts and minds of Americans through the most honest form, Filmmaking.