Liberty in the Digital Age

You are being monitored. Wait, don’t click away. I know with one sentence you’ve already pegged me as a conspiracy theorist. But I’m not. In fact, as these things go, I am strictly against conspiracies. But that doesn’t mean someone’s not—perhaps--monitoring your calls, your emails, your internet history, your social media activity, your G.P.S. location, your online buying habits, and your regular buying habits. If you can track it, someone else can as well.

And that’s not right. It’s not. I don’t know how we ended up in a world where that’s okay. Alright, I guess I do. It started with terrorism—right? A fear response. Every time something happens like death or destruction or other horrors, we end up asking the question of which is more important: security or freedom. 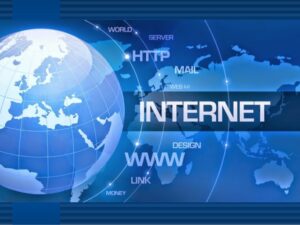 It’s a question we wrestle with especially now because we have to. Because there are too many graves and broken families not to. And we owe that to them. I really do believe we owe them that much. But, it’s also an argument we had a long time ago.  And we settled it a long time ago. We created a country on our answer. America is supposed to exemplify freedom. It’s a core tenet that we define ourselves by. Life, liberty, and the pursuit of happiness.

I bring this up now because of some…things I heard coming out of the Republican debate on December 15th. Now, Isis, and other terrorist organizations are not a topic I feel I’m equipped to talk about. But the internet, the internet I have a handle on. And I understand how important it is to modern life, and to free speech. The internet is perhaps the greatest bastion of free speech. It is a hub, a connected communication between anyone with access to it.

And yes, there are people who use that access for terror. But just like guns, and just like a lot of things, it’s based on intent, and not the tool’s fault. And Donald Trump’s talk of “penetrate” and “closing” the internet, or parts of it, at least, are well, not something I agree with. Reading, scanning, barring, blocking people’s personal data, and personal opinions—especially if it affects innocent Americans, sounds an awful lot like a constitutional violation to me.