Mrs. Clinton, You Have Officially Crossed Over into The Twilight Zone!

Hillary Rotan, I mean Rodham Clinton and the Twilight Zone:

You unlock this door with a key of imagination beyond it is another dimension – (Hillary: “ I remember landing under sniper fire. There was suppose to be some kind of a greeting ceremony at the airport, but instead[,] we just ran with our heads down to get into the vehicles to get to our base." Reporters who accompanied her stated that there was no sniper fire). 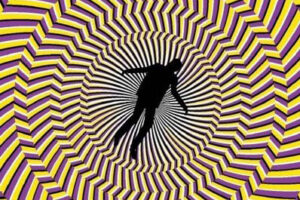 A dimension of mind, (Hillary: “We’ve seen rage and violence directed at American embassies over an awful internet video that we had nothing to do with”),

You’re moving into a land of both shadow and substance of things and ideas – (Hillary: " 'Hillary Clinton as Secretary of State, as the emails are now confirming, had interlocking, intertwining relationships between the Clinton Foundation and her official duties as Secretary of State.'

The emails show that it’s all intertwined. She’s talking Clinton Foundation activity. Clinton aides are talking about steering money to the Clinton Global Initiative from foreign governments. It’s all what I call, the Clinton blur." – Peter Schweizer).

You just crossed over into the twilight zone – by Rod Serling, creator of The Twilight Zone TV Series.

Mrs. Clinton, you have officially crossed over into the Twilight Zone!