Our Border Wall - Why it IS Constitutional and Legal 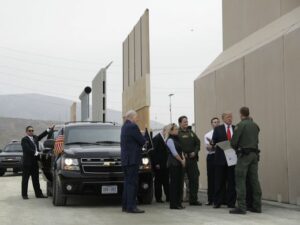 Following our SCOTUS decision allowing President Trump to utilize military funding to build Our Wall, various members of Congress claim the ruling undermines our democracy, among other idiotic statements.

All their outbursts prove is that these people are ignorant, or care to specifically ignore, our U.S. Constitution and extant law.

Here's what Speaker Pelosi said in her post-decision tweet: "This evening’s Supreme Court ruling allowing @realDonaldTrump to steal military funds to spend on a wasteful, ineffective border wall rejected by Congress is deeply flawed.  Our Founders designed a democracy governed by the people — not a monarchy."

To clear up one thing first: America is NOT a democracy, Nancy!

Our Founders established a Constitutional Republic.

From American History 101, here is what a few Founders thought about democracy:

“Remember democracy never lasts long.  It soon wastes, exhausts, and murders itself.  There never was a democracy yet, that did not commit suicide.” John Adams

"Democracy is the most vile form of government. ... democracies have ever been spectacles of turbulence and contention; have ever been found incompatible with personal security or the rights of property: and have in general been as short in their lives as the have been violent in their deaths." — James Madison

“A simple democracy is the devil's own government.” — Benjamin Rush

And, Noah Webster, father of American English:  "In democracy … there are commonly tumults and disorders … Therefore a pure democracy is generally a very bad government.  It is often the most tyrannical government on earth.” 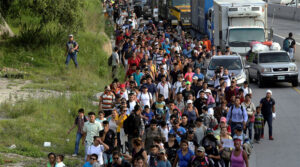 According to Section 8 of our U.S. Constitution: "The Congress shall have Power To ... provide for the common Defence ..." and "To provide for calling forth the Militia to execute the Laws of the Union, suppress Insurrections and repel Invasions;"

Thus, by allowing and promoting uncontrolled mass illegal immigration into our United States (many of whom are drug dealers, human traffickers, etc), by not providing for the common defense, nor repelling invasions, Congress is violating their Oath of Office.

And, the following pieces of legislation make it perfectly legal to execute our president's plan for our Wall:

The ILLEGAL IMMIGRATION REFORM AND IMMIGRANT RESPONSIBILITY ACT OF 1996 (still on the books) gave the U.S. Attorney General broad authority to construct barriers along the border between the United States and Mexico.

According to Title 10 Chapter 15 MILITARY SUPPORT FOR CIVILIAN LAW ENFORCEMENT AGENCIES US CODE § 284 "Support for counter-drug activities and activities to counter transnational organized crime" ... "(7) Construction of roads and fences and installation of lighting to block drug smuggling corridors across international boundaries of the United States." 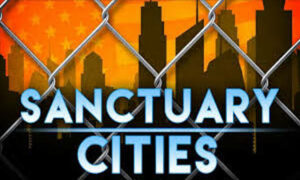 And, to top it off, for those in Congress encouraging illegals to enter our country, and those elected officials who have established "Sanctuary Cities," there is this law:
Title 8. UNITED STATES CODE Section 1324(a)(1)(A)(iii) makes it an offense for any person who -- "...knowing or in reckless disregard of the fact that an alien has come to, entered, or remains in the United States in violation of law, conceals harbors, or shields from detection, or attempts to conceal, harbor, or shield from detection, such alien in any place, including any building or any means of transportation."

The penalty for violating the above is five (5) years in prison.

To sum it up, Our Wall is very Constitutional and lawful and our elected representatives who feel otherwise should to be removed from office for failing to follow their sworn Oath.

In order to ensure our Freedom, our Liberty, our Rights, we must remain true to our U.S. Constitution.  And we MUST demand that those elected to represent us do the same!

There are many ways to learn and/or teach the basics.  You can start by watching the award-winning In Search of LibertyConstitution movie.  For more in-depth study you can enroll in a one-day Constitution Boot Camp from Building Blocks for Libertyor consider joining KrisAnne Hall's Liberty First University.