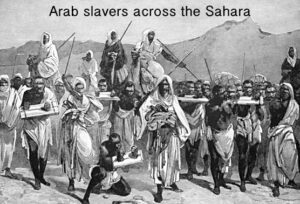 In recent times there have been protests over statues and memorials that were created to remember people who wore the Confederate uniform, because they were fighting the North in an attempt to keep slavery intact.  Following some of that, there were activists intent upon smearing our Founding Fathers because some of them were, indeed, slave owners.

It is pointed out and argued that our Founding Documents -- forged by Jefferson, Madison, Washington, and others who battled Britain for freedom -- did not free the Colony's slaves and, thus, were not noble or otherwise good men.

After all, some of them owned slaves.

People are attempting to rewrite history to make it sound like Colonial America is the only place on Earth where people were enslaved.

Let's stop right there for a second and look at the cultural aspect of slavery and the world.

Slavery has existed on planet Earth for, it is estimated, at least 11,000 years, predating almost all written records.  It has, literally (and wrongly), been part of this planet's human culture for over 100 centuries. (Culture: "These patterns, traits, and products considered as the expression of a particular period, class, community, or population.")

Outside of our own American Colonial history with slavery, where else has it existed here on Earth, one might ask? 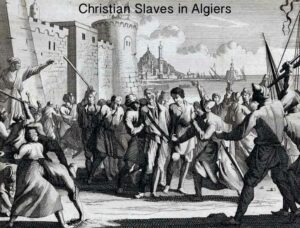 How about pretty much everywhere, including Babylonia, Ancient China, Ancient Egypt, Ancient Greece, Ancient Iran, the Arab Islamic Caliphate and Sulanate, the Roman Empire, Africa, Arabia, Europe, India and North, Central and South America (way before European colonization).  The Indian tribes in North America, the Mayans, the Incans, the Aztecs in Central America, all had slavery as part of their daily life.  Africa not only had a large portion of slaves within its borders but African chieftains had sold their own people (criminals, war captives, debtors, etc.) as slaves to European countries for centuries.

Even as Denmark, Norway, England and the United States, between 1802 and 1808, made the international trade of slaves illegal, there were those in Africa who protested the loudest.  The King of Bonny (now in Nigeria) allegedly became dissatisfied with the intervention of the Brits in trying to halt their slave trading, stating, "We think this trade must go on. That is the verdict of our oracle and the priests. They say that your country, however great, can never stop a trade ordained by God himself."

Do not let people rewrite history making it seem like our Founding Fathers were some ogres and vile people and paint Colonial America as the most horrible place because some people owned slaves.

And, let us not forget that in the Colonies there were blacks who owned land and slaves. One of the most notable is former Angolan Anthony Johnson who, after serving time as an indentured servant in the 17th century, earned his freedom, was granted land with slaves and became a wealthy tobacco grower.  And, there are others, especially in the South.

Slavery had been part of the world culture for thousands of years BEFORE Denmark, Norway, England and the USA declared the trade to be illegal and finally, during the 19th century, getting it abolished here after a bloody war between the states.  And slavery, and those enslaved through indentured servitude, included every race, creed and color of human, down through the ages. No one was exempt. 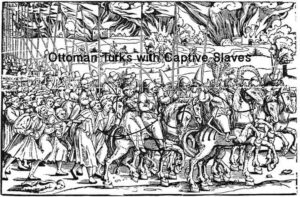 One lesson to learn from this: Culture, especially when it is nearly as old as civilization itself, does NOT change overnight.

Today, slavery goes on, but mostly as a criminal activity, in child, human and/or sex trafficking. But, not everywhere.  There are an estimated 660,000 people used as forced labor in Sub-Saharan Africa, including those involved in the Sierra Leone and Libera diamond mining industry.

History is just that, history.

It is there for us to learn from...not cover up or, possibly worse, rewrite to fit someone's vision of how it should have been.

And, to those who are demanding reparations from white people in the U.S. for slavery, let it go.

This travesty of humanity existed and, in places such as Africa, was embraced as part of the world they lived in for centuries upon centuries.  It was whites from Denmark, Norway, Britain and America who led the charge to rid us of slavery.