Political Secrets – Is This How We Track Corruption?

Know that Corruption cannot survive if the light of day is shone upon it.

Not too long ago we had an abomination of a big BIG OMNIBUS BILL that was passed by a Republican Congress in a way where it was impossible for them to even have time to READ THE BILL.  And, yes, hello, of course, this bill, like many big omnibus bills before it, was riddled with many irrelevant DIRTY SECRETS. Unless “we the people speak up loud and clear” we can expect more legislation without representation like this bill. 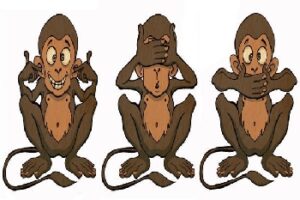 In the bill which was not written by any congressman, but rather by accountants, lobbyists and lawyers, Dark Money Groups were again given protection to withhold (legislation without representation) the names of their contributors. The S.E.C ‘s effort to create rules to force groups and corporations to disclose their campaign contributors was effectively blocked. This is an unethical, and ugly move to keep the public blindfolded about who is writing the BIG CHECKS.

Note: Since the Citizens United decision in January 2010, politicians have collected more than $500 MILLION in dark money from phantom donors according to the Center for Responsive Politics,

In living memory, there have been three civilizing waves: the Agricultural, the Industrial and now the Digital-Electronic Wave. The changes we now experience are fast and furious and are akin to a gigantic wave that is descending on us. It is because of this that we need new leaders, men of vision who can help us to see where we are going. It is in times like this that we need a simple formula to sort it all out. There is such a formula and it is this:

EVIL SURVIVES IN SECRECY, CORRUPTION CANNOT THRIVE WHEN THE LIGHT OF DAY IS SHONE ON IT.

It takes men of courage to stand firm and hold a true course as we let go of the old corrupt order, especially when hard on their pockets. It is such men of courage though that we need to seek out and vote for in the next election.

Imagine a powerful sea, with large waves, breaking. The force of each new wave is met by the force of the prior wave receding. At the place where the two waves meet, their force is broken into a thousand swirling eddies. Is this not what our society is experiencing right now?.

It is not the first time two powerful civilizing waves have met and wreaked havoc on society. It was the force of the Industrial Revolution that undid the old agricultural order of Kings and the Aristocrats. The difference was that in those days it was easy to see the unfair advantage and inevitable that justice and fair play would eventually go in. The world was smaller but even then the changes brought by the new industrial wave fighting an entrenched corrupt agricultural order wreaked havoc on the world. The French Revolution was ugly.

As the Industrial wave now meets the Digital Wave, the conflict is both bigger and more subtle. This is because in the industrial order it is easy for bad men to hide because of the split between the consumer and the producer. Those taking advantage have learned to steal from both producer and consumer and they have perfected the art of hiding in the middle. When men do not act to serve the greatest good, their activities MUST be conducted in SECRECY.

Those who have bad secrets are running scared and we can know them by their efforts to hide their acts and to curb transparency.

As the corrupt industrial and financial model crumbles, it is actually possible to replace the corrupt industrial order with a better culture, maybe even a golden age. This may be hard to see as the water swirls around us and the banking and corporate and military and political powers fight to maintain what has become an unfair privilege.

What it is going to take, though, is the willingness to refresh our lives, to let go of the old and to embrace the new.

Of vital importance is also to protect the freedom of the Internet. Do not vote for any political candidate who in any even small way, chooses to suppress information on the Internet or threaten the integrity of this channel. The net is our salvation. These are questions for the candidates in the last two debate.

For I want you to know that the Industrial Order could well be replaced by something far worse than what we now have, the signs of decline are out there. What we are doing is riding the digital wave on the cusp, and it is almost ready to tip over. We can ride and command this new electronic wave, keep it free and use it to create a far better system – or we can let it crash and engulf us.

We can fail to take action, fail to elect the right new leaders and we can let the electronics that drives this new wave to be used by the entrenched establishment to undo our working system of government in the USA and replace it with one driven by ugly secrets and dark money.

How do we fight back?

It all begins and ends with a STRONG AND COLLECTIVE demand for TRANSPARENCY.

This is not something not a one of us should get reasonable about.

The truth is that we dare not fail to bring in positive reform, for if we do how will our world look?

Quote for the Week

“Truth never damages a cause that is just”