Politicians Who Claim No One Is Above The Law 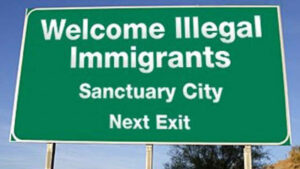 It has become quite popular for politicians to talk about no one being above the law. Yet, there are, more than likely, scores of elected officials who should be in prison if no one is truly above the law.

One of the biggest abuses occurring at present is the encouragement and harboring of illegal immigrants, which carries a penalty of five years in prison.

Title 8 of the United States Code, Section 1324(a)(1)(A)(iii), makes it an offense for "any person who -- knowing or in reckless disregard of the fact that an alien has come to, entered, or remains in the United States in violation of law, conceals harbors, or shields from detection, or attempts to conceal, harbor, or shield from detection, such alien in any place, including any building or any means of transportation."

Yet here in the United States of America, there currently exist over 200 cities, counties and states calling themselves "Sanctuary," meaning they are not only encouraging illegal persons to come and live there, but they are then harboring them, shielding them from Immigration and Customs Enforcement (I.C.E.). 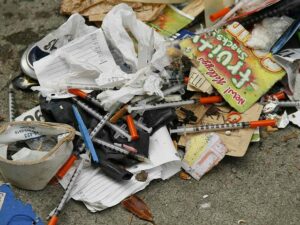 The most horrible part of harboring illegal immigrants is that these cities and municipalities are using billions upon billions of American Citizen tax dollars to fund the schooling, medical care and more of these millions of illegal occupants.

And, being the most "progressive" of states, Governor Newsom in California, recently signed legislation making it "legal" for these illegal people to sit on state boards and commissions.

As the leader, California spends billions upon billions annually taking care of illegal immigrants yet cannot properly respond to disasters nor even keep the streets in their cities clean of debris and excrement. They ban plastic straws but, in many cities, there are hundreds, thousands of needles used by addicts littered upon public walkways. Their homeless population of American Citizens, including our Veterans, is absurd.

To top it off, there are those in Congress who have publicly announced what illegal immigrants should do to avoid being tracked down by I.C.E. personnel.

Some have even been so bold as to have their office staff fly to the border and personally escort illegal persons across our border. 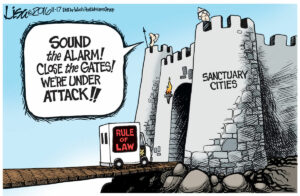 As our U.S. Constitution states that one of the jobs of Congress is to protect our states, and as they have allowed (and encouraged) continuous illegal border crossings, they should, rightfully, be expelled from Congress for violating their Oath of Office to Support and Defend said Constitution.

How is it that "no one is above the law" when our elected representatives have been some of the worst law-breakers of all time, essentially robbing taxpayers of tens billions of dollars annually supporting illegal foreigners that they encourage to come to - and stay in - our land.

It is especially concerning when one considers that all of these actions listed here are and have been done in the open, in complete public view.

It almost seems as if these politicians are flaunting that they really are above the law. All the while claiming that no one is.

It is time for Americans to become armed with knowledge of our U.S. Constitution and our laws and hold public officials accountable. The easiest way to learn is with our award-winning In Search of Liberty Constitution movie. In addition, for more in-depth study there is a one-day Constitution Boot Camp from Building Blocks for Liberty or consider KrisAnne Hall's online Liberty First University.