The "Constitutional Orphan" - Our Second Amendment 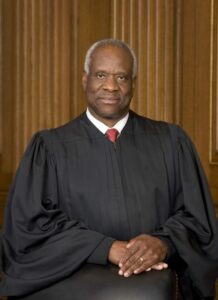 When it comes to our precious U.S. Constitution, and in particular, the Bill of Rights, Supreme Court Justice Clarence Thomas ripped not only the SCOTUS but also the Federal Circuit Courts for treating the Second Amendment as a "Constitutional Orphan."

Justice Thomas issued a 14-page dissenting opinion when SCOTUS refused to hear a challenge of California's most recent attack on 2A, where they passed a law mandating a 10-day waiting period for all firearms purchases, including those who already have passed a check and own arms, as well as those who have carry permits.

This new California law follows, in less than seven days, in the wake of the Florida high school shooting.

“The right to keep and bear arms is apparently this court’s constitutional orphan. And the lower courts seem to have gotten the message,” Thomas wrote. “If a lower court treated another right so cavalierly, I have little doubt this court would intervene. But as evidenced by our continued inaction in this area, the Second Amendment is a disfavored right in this court.”

His point is well taken. And true. 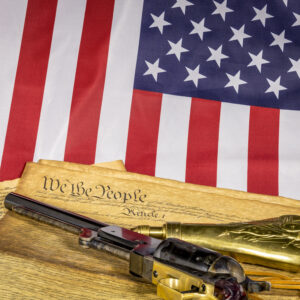 In his written opinion, Justice Thomas notes very categorically that our Second Amendment is not one of SCOTUS's "favored rights." He also said, "In the 9th Circuit, it seems, rights that have no basis in the Constitution receive greater protection than the Second Amendment, which is enumerated in our text."

He also states in his opinion that this country's lower courts are, generally, “failing to protect the Second Amendment to the same extent that they protect other constitutional rights.”

Unfortunately, what many left-wing anti-gun advocates refuse to see, or believe, is that taking away, or restrictively limiting, an American's right to keep and bear arms significantly raises the possibility of moving towards enslavement, which our Founding Fathers warned us about.

As Thomas Jefferson wrote, "The laws that forbid the carrying of arms are laws of such a nature. They disarm only those who are neither inclined nor determined to commit crimes.... Such laws make things worse for the assaulted and better for the assailants; they serve rather to encourage than to prevent homicides, for an unarmed man may be attacked with greater confidence than an armed man."

And George Mason, the Father of our Bill of Rights, said, "To disarm the people...[i]s the most effectual way to enslave them."

Our movie, In Search of Liberty, uses two historic figures from America's past to explain in very easy-to-understand terms why our Founding Fathers insisted that the Second Amendment exist.

In addition, perhaps those who wish to take away our 2A right should look at causes of violent crime (such as psychiatric drugs), not at the instruments used in violent acts (like guns, as well as trucks, knives, or anything else that can harm another human being).