The Interview: Standing Up for Freedom of Speech in America

Recent events have sparked awareness of freedom of speech in America and how it can be preserved.  These events include The Interview, a satirical movie about a plot to assassinate the ruthless dictator of North Korea, Kim Jong-Un.

On November 24, 2014, supporters of Kim Jong-Un hacked Sony Entertainment Pictures’ computer databases and made violent threats against Americans who might see the movie in theatres.  They attempted to censor our freedom of expression protected by the U.S. Constitution.

The Interview and Free Speech

In The Interview, Seth Rogen and James Franco play characters that star in a popular entertainment news show. They schedule an unprecedented interview with Kim Jong-Un and are recruited by the CIA to “take him out”.

The movie portrays Kim Jong-Un as a master manipulator who relies on propaganda to trap North Koreans in a prison of false information and poverty.  Not only does the film remind us of the tragedy that is North Korea, it sends an important message to American patriots: we are free to satirize; we are free to speak out against evildoers; we can, and must, exercise our Constitutional right to freedom of speech.

As fellow filmmakers and defenders of the U.S. Constitution, we stand by this essential freedom.  Our own movie showcases this very issue and many others.

Why The Interview was Pulled from Theatres

Sony’s databases were hacked by a group calling itself “Guardians of Peace.”  It demanded Sony cancel the release of The Interview under threats of violent attacks and of releasing sensitive information about Sony employees.  “We will clearly show it to you at the very time and places The Interview be shown, including the premiere, how bitter fate those who seek fun in terror should be doomed to…The world will be full of fear.”

Major theater chains dropped the film, but independent theaters stepped up for freedom.  Some said Sony was weak to give in to threats.  Others said the company was right to protect its employees.

How Free Speech Prevailed Over Censorship

Sony released the movie online and in other theaters.  Independent theatres, movie-goers and Google are keeping free speech alive.

Nobody will tell our citizens what movies they can or cannot see.  American liberty will continue to triumph over those who hate our freedoms.

America has a proud history of standing up against terrorist threats.  We don’t allow radical groups to intimidate us or compromise our values, rights and freedoms.

Freedom of Speech and the US Constitution 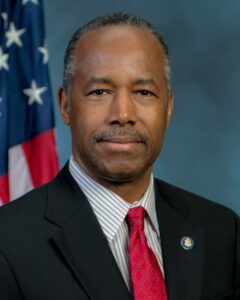 In a powerful piece for The Washington Times, Dr. Ben Carson said it best: “Freedom of speech and freedom of expression are hallmarks of American life, and we must jealously guard these values from both internal and external threats…all of the freedoms guaranteed to American citizens by our Constitution must be steadfastly preserved…Vigilance and courage are necessary…every day if we are to remain a free society.”

Even a satirical movie can have a powerful political impact.  But it reminds us how fortunate we are to have our great and free nation.  We must be allowed to express what we believe.  Our freedom and our Constitution must be protected from all enemies, both foreign and domestic.

Terrorists may try to bring tyranny to our shores, but just by the simple act of seeing a movie, we show that we will not be led astray from our Constitution, the pillar of American life.

The issue surrounding The Interview may not have been handled perfectly, but its release is a victory for freedom of speech in America.  As corporations, business owners, and private citizens, we must always fight against threats to our liberty and actively defend our Constitutional Rights.

Creative Commons Attribution: Permission is granted to repost this article in its entirety
with credit to In Search of Liberty and a clickable link back to this website.