Virginia - Then and Now 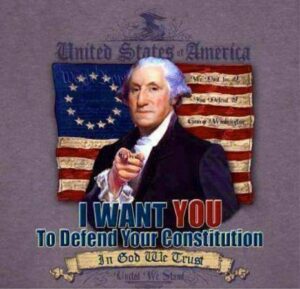 For anyone who knows America's history, Virginia used to be the home of some of our strongest and bravest Patriots - Founders who fought hard for our independence and our unalienable rights and who cherished the United States of America and our liberty.

Consider these names: George Washington (Commander-in-Chief of the Continental Army and our 1st president), Thomas Jefferson (principal author of our Declaration of Independence and 3rd president), James Madison (Father of our US Constitution and 4th president), George Mason (Father of our Bill of Rights), Patrick ("Give me liberty or give me death") Henry, Richard Henry Lee (who, on June 7, 1776 put forth the motion to the Continental Congress to declare independence from Britain), among many other individuals.

All lived in and represented Virginia and all fought for We the People.

This was the home state of die-hard Second Amendment supporters. 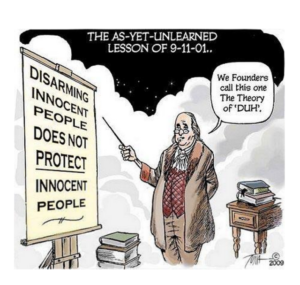 Keep in mind what our Second Amendment really concerns...the "security of a free state." Not hunting. Not sports. Not just for self defense, but for defending the state. It was for the protection against tyranny and/or a government that would want to limit freedom and liberty of We the People.

President Washington advocated for supplying citizens with arms and training when he said, "...the Citizens of America (with a few legal and official exceptions) from 18 to 50 Years of Age should be borne on the Militia Rolls, provided with uniform Arms, and so far accustomed to the use of them, that the Total strength of the Country might be called forth at Short Notice on any very interesting Emergency." He was looking at the "total strength of the country," or, pretty much, everybody.

President Jefferson made his point saying, "No freeman shall ever be debarred the use of arms." Why, one may ask. He also answers that one, “The tree of liberty must be refreshed from time to time with the blood of patriots and tyrants.” Patriots without arms can never prevent a tyrant from taking over nor are they able to break free of a tyrant. 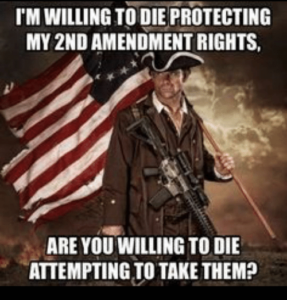 President Madison stated, “The Constitution preserves the advantage of being armed which Americans possess over the people of almost every other nation where the governments are afraid to trust the people with arms.” His feelings beg the questions, why would governments be afraid and why would they need the populace disarmed? History has answered that question with governments that took away the arms of their citizens, who then became slaves to those governments.

George Mason stated, “That the people have a Right to mass and to bear arms; that a well regulated militia composed of the Body of the people, trained to arms, is the proper natural and safe defense of a free state..." Again, bearing arms and "trained to arms." In other words, being prepared for what could come at any time. Such as now in Virginia.

Henry reminds us, "When did freedom exist when the power of the sword and purse were given up from the people? Unless a miracle shall interpose, no nation ever did, nor ever can retain its liberty after the loss of the sword and the purse." And, Virginia, with current and proposed legislation, is a step away from losing their freedom. 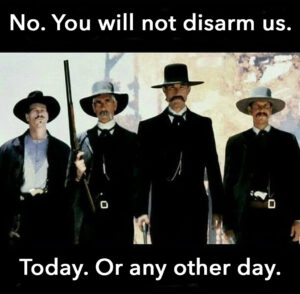 Compare our Founders from Virginia with the current governance in that state.

Current House Bill 961 will undoubtedly be signed into law soon, as it passed the House and is at the Senate.

HB 961 prohibits “any person from importing, selling, transferring, manufacturing, purchasing, possessing, or transporting an assault firearm” in the state of Virginia. Violation of the law will be a Class 6 felony. The bill further makes it a felony to possess any magazine holding more than 12 rounds of ammunition. 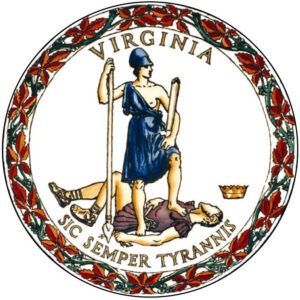 “This bill creates an environment where you could receive up to 12 months in jail for every magazine you have over 12 rounds,” he added. “At the same time that Democrats are voting for early release programs for people convicted of first-degree murder and rape, they are criminalizing law-abiding gun owners.”

Earlier pieces of legislation that have been signed into law in Virginia include limiting handgun purchases to one per month, universal background checks and a “red flag” law. Red Flag laws violate numerous personal and property rights guaranteed under our US Constitution.

Citizens of Virginia, and all over America, have been shocked into the reality of over-reaching and unconstitutional laws that elected representatives have passed and are preparing to enact.

On January 20, 2020, tens of thousands of Second Amendment advocates gathered to protest the gun control measures that became law on that day. Despite Governor Ralph Northam issuing an Executive Order and declaring a State of Emergency "due to potential civil unrest at the Virginia state capitol," the protest was large but without incident.

We the People have a rich heritage that is based on not just our Freedom, but the ability to ensure our continued Freedom. Much of that is because of our Second Amendment.

In order to ensure our Freedom, our Liberty, our Rights, we must remain true to our U.S. Constitution. And we must demand that those elected to represent us do the same! Or, they must be expelled from office.

There are many ways to learn and/or teach the basics of our freedom. You can start by watching the award-winning In Search of Liberty Constitution movie.  Following the movie, check out the more in-depth study offered by Building Blocks for Liberty in their three-hour Constitution Boot Camp Streaming Home Edition. 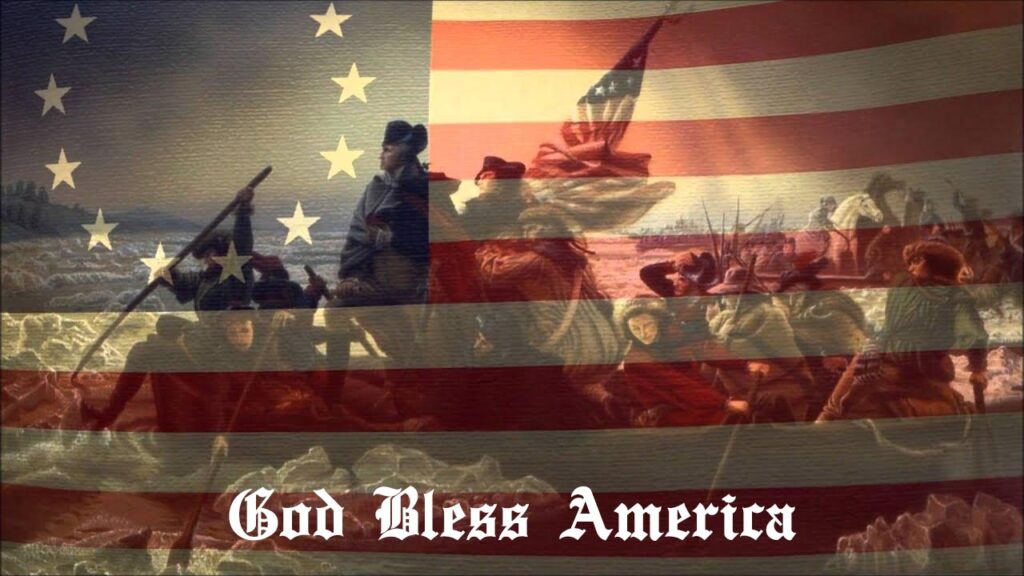