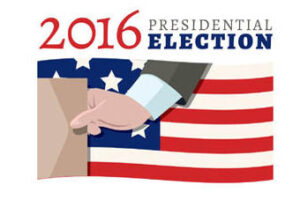 The year 2016 is rolling towards us, a mile a minute. And it’s going to be a big year. You can be sure of that. This will be the year we select a new president, the year where health care might change again, the year we may enter into another armed conflict.

But before all of that. Before we have to face whatever new challenges this country will encounter, I think it’s worth looking at what could be. Because, after all, isn’t this a time to start anew?

Some might call what I’m about to say unrealistic. Never to happen in our lifetimes. But what if?

What if your ownership of items and your life choices were wholly yours to make? That you can own a gun, just because you can--with no excuse beyond wanting to protect yourself. Where being free of vaccinations is an option, without penalty, to you, and to your children. And doesn’t affect your child’s education.

Where your money is fully yours to spend. Where those who do not work, must find another way to support themselves without taking your dollars. Where the American dream and the right to be productive and successful is fully realized, and not hindered.

Where this country bases itself on liberty again?

Like I said, some might call that a dream, a never to be realized outcome. That the effort would be too great. That people like us could never hold enough influence to make a real change.

But history is full of people who disregarded doubt and went forward towards something they thought was worth fighting for. And nothing, nothing else, spreads quite as fast as an idea.