Where the Hell is My Money!

Not to freak anybody out, but it would be prudent to read this article my friend wrote and sent to me about money.

After reading this article you have to say to yourself, how did we get here, what numskulls allowed our financial system to walk on mind fields. 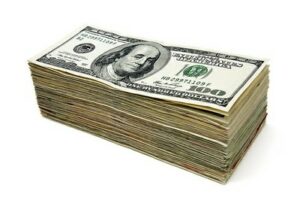 And why are we so complacent in allowing the Federal Reserve, a privately held organization (company) guide our financial and economic system, which obviously after reading this article whether intentional or not is taking us down a very dark road.

We visualize this in an entertaining way – I know that is an oxymoron because there is nothing entertaining about our economic plight, but we will hold your interest when the truth of this unfolds in some of our scenes in our movie In Search Of Liberty.

So here is the article from my friend Bruce Wiseman:

the world of banking is changing before our very eyes.

Perhaps it has your attention. Perhaps not.

But there are steps you should take to stay ahead of this.

There are a number of factors at play here.

One example: Norway’s biggest bank has called for the elimination of cash.

There is growing evidence of this agenda in the U.S. and internationally.

And several knowledgeable sources have predicted they are coming here. I would agree. (Treasury bill[s] are currently paying 0%).

What are negative interest rates?

This means that you pay the bank or the government for holding your money. For example, a government entity issues a bond. Traditionally, the city, state or federal government would pay the investor who bought the bond an interest rate. Say, again just for example, 5%. You buy a $50,000 bond and the government pays you $2,500 per year in interest until the bond matures and they pay you the principal.

Previously, you would buy a CD at your bank that pays you say, 2%.

But now, in Europe and Japan, the bank or the government is charging you for the privilege of holding your funds. You buy the bond for $50,000. The government pays you no interest and when the bond matures, they give you $49,500.”

So why are we screwing around with the Federal Reserve – let’s get back to our Constitution; Article I Section 8. – The Congress shall have Power To coin Money, regulate the Value thereof, and of foreign coin and fix the Standard of Weights and Measures. Case closed.

At In Search of Liberty, our goal is to restore the Constitution in the hearts and minds of Americans through the most honest form, Filmmaking, made possible by donations from our fellow patriots.