Will Hillary Clinton run again in 2020 and why should it be allowed? 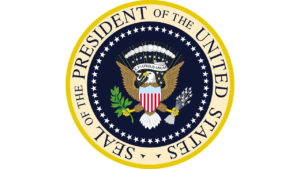 A reporter asked her, “Do you want to run again?”

One of her former advisors wrote, “Get ready for Hillary Clinton 4.0. More than 30 years in the making, this new version of Mrs. Clinton, when she runs for president in 2020, will come full circle — back to the universal-health-care-promoting progressive firebrand of 1994.”

Indeed, she backed, even set the stage for, the precedent-setting Obamacare, the single piece of legislation that forces an American Citizen to buy something they may not want and fines them for not doing so.

“There’s going to be so much work to be done [in 2020],” Clinton said. “It would be work that I feel very well prepared for, having been in the Senate for eight years, and having been a diplomat in the State Department.” 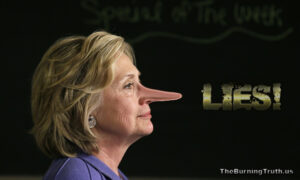 However, this is a person who has lied to the American people, as well as under oath, and is, in the eyes of many Americans, a traitor.

Forget the smaller lies, designed to make her look good or gain sympathy, such as, “I remember landing under sniper fire” or that Chelsea was jogging near Ground Zero on 9/11, or that she was named after Sir Edmund Hillary.

Instead, look at the bigger picture.

She lied about her use of a private server while acting as Secretary of State, claiming it was in “accordance with the rules and the regulations in effect.” A Federal Judge disagreed, saying she “violated government policy” using a private server.

She lied about not sending confidential information over her private non-secure server, stating many times, “As the FBI had confirmed, none of the emails I sent or received was marked as classified.” Not according to the FBI.

On top of the lies, Clinton deleted over 30,000 emails she claimed were personal, while finally turning over another 30,000 that were work related. If even one of the deleted emails was work related she, and/or someone at her directions, violated Title 18 United States Code Section 2071 (prohibiting destruction of records).

Hillary has violated Title 18 United States Code Section 1001 as she “knowingly and willfully” falsified, concealed, or covered up “a material fact,” and has made “materially false, fictitious, or fraudulent” statements or misrepresentations concerning her emails and server. 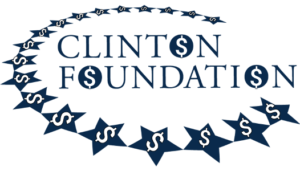 What about the “coincidence” of eight foreign nations that, combined, contributed over $20 million to the Clinton Foundation and, shortly thereafter, each country scored weapon’s deals approved by her State Department. This violates, minimally, the Espionage Act.

To say nothing of she and Bill, when he was president, auctioning off rides on Air Force One and overnight stays in Lincoln’s Bedroom, among many other goods and services. Technically, those types of activities could be classified as bribery, violating Article II Section 4 of the US Constitution. (So, how is it the Clinton’s left the White House “dead broke” as she has claimed?)

Just to punctuate her true character, when she and Slick Willy left 1600 Pennsylvania Avenue, they stole about $190,000 in gifts and furnishings. That was outright grand theft/larceny. (Note: they were caught and most, if not all, of the items were ultimately returned.)

Of course, as Secretary of State she certainly profited. Kevin Shipp, a former CIA Officer, says what Hillary accomplished with her charity and the Russia Uranium One deal was “a crime for the history books,” netting the Clinton Foundation well in excess of two hundred million. Regardless of the treason involved. 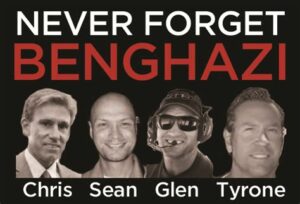 Most notoriously, however, she abandoned Americans at our Embassy and the Annex in Benghazi and initially lied as to why the attack was happening, blaming it on an anti-Muslim YouTube video. The result of her not sending any aid, when there was ample time and there were available troops stationed within hours, was the loss of four lives, including our Ambassador.

Of course, that was after the Ambassador’s repeated and refused requests to beef up their security detail.

In an ideal world, Hillary would be tried and convicted for her crimes.

Instead, she contemplates another run to be our president.

The laws are either for everyone or for no one.

Hillary should NOT be allowed to run. Period.

We the People have allowed our elected representatives much too much leeway in what they do and have not demanded that those who break the law pay the price.