Will the Supreme Court get it right regarding the First Amendment?

Will the Supreme Court get it right regarding the First Amendment? 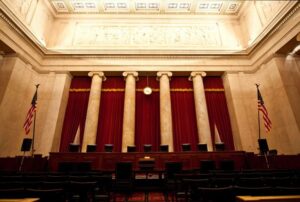 There are three cases being heard by the Supreme Court of the United States in 2018 that have Landmark Decision written all over them.

Each of them, on their own, and all of them, collectively, will undoubtedly leave a lasting mark on the freedoms which we Americans take for granted.

On quick glance, this appears as pro-life vs pro-abortion, but it is much deeper than that. The underlying fact is that there is a California law that requires pro-life pregnancy centers to, literally, advertise for abortions. In this case, it is for the state's own free or low-cost abortions. (Makes one wonder if all Californians support paying for abortions with tax-payer money.)  At the very heart of this case decision is government compelled speech, i.e., the government has the authority to tell you what to say.  In addition, this may also open the doors to lessen, even more, one's freedom of religion and practicing what one believes in.

This case was heard in February.  This is the case of a public-sector employee who is forced under state law to pay union dues, when he does not agree with the union or want to affiliated with its political activities.  He argues that negotiations between a union and a government agency amounts to "speech designed to influence governmental policies," making such negotiations political, in violation of his First Amendment because the coerced nature of him having to fund the union's collective bargaining basically creates his showing support of the union's political speech, as well as, an unwanted association with the union.  Of course, this case has nothing at all to do with why unions were even allowed to represent public (i.e., tax-payer paid) employees in the first place.

This one is the monster. At stake, literally, is the freedom of religion and free exercise thereof. The religious bakeshop owners, who believe that a marriage union is between man and woman, politely refused to create a wedding cake for a gay couple who were getting married. The owner offered to sell them anything else or create a cake for another occasion, but not for a wedding. Instead of just moving on and finding another baker the offended couple organized a picket against the Bakeshop and then reported them to the Colorado Civil Rights Commission.  If the Supreme Court finds for the CO Civil Rights Commission it will essentially set a precedent that would mean that the government can tell you what you can and cannot do with your business, who you have to sell to, etc., etc., regardless of your religious beliefs. 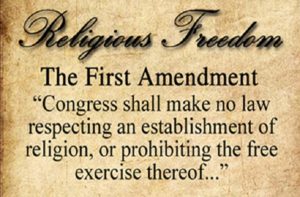 Our Founding Fathers did not mince words and were, in fact, quite clear in what they wrote:

"Congress shall make no law respecting an establishment of religion, or prohibiting the free exercise thereof; or abridging the freedom of speech, or of the press; or the right of the people peaceably to assemble, and to petition the Government for a redress of grievances."

Each of the above three cases could have long-lasting precedents, very positive or extremely negative, for the First Amendment and, thus, for all American Citizens.

There are sure to be a lot of ears listening to the decisions rendered by our Supreme Court.